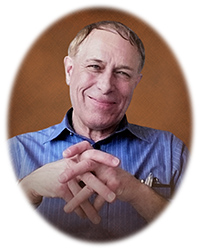 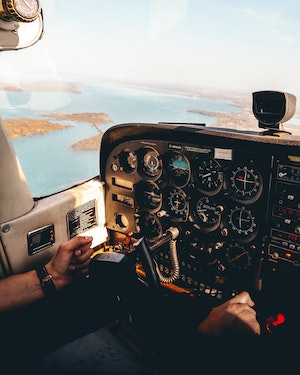 On Saturday, February 27, 2021, C. David Austin, loving husband, father, grandfather, and brother passed away in his home in Ligonier, Pennsylvania after a hard-fought battle with esophageal cancer. His beloved wife Carolyn and their daughter Misty were by his side. His tireless love, devotion, and pride for his family were evident in his final moments.

David was born on June 19, 1941 in Grafton, West Virginia to Carl and Loretta Austin. On September 19, 1973 he married the love of his life Carolyn Austin. Together they raised their daughter, Misty Bergman who is happily married and has three daughters, Zoë, Greta, and Marley with Aron Bergman. David also helped raise two stepchildren, Craig and Patricia Ware, and two grandsons, James Ware and Donald Wyckoff.

David was a Vietnam veteran and business owner of Latrobe Air Business, a flight school at the Arnold Palmer Regional Airport (Latrobe, PA) from 1986-1999. Up until his retirement in June of 2020 he was a corporate pilot for Westmoreland Mechanical Testing and Research (Youngstown, PA). David was a collector of aircraft and automobiles, he was well read, self-taught, and a highly skilled mechanic with a keen eye for detail. With a well-developed interest in World War II aircraft one of David’s many accomplishments was the restoration of a Russian MIG15 fighter jet he purchased from the Polish Government in the early 1990’s. The restored MIG15 currently resides in the KLBE Air Museum (Arnold Palmer Regional Airport, Latrobe, PA) where David was the curator.

David was preceded in death by his father, Carl, his mother, Loretta, his brothers, Thomas and George Austin, and his stepchildren, Craig and Patricia. He is survived by his wife, Carolyn, daughter, Misty, granddaughters, Zoë, Greta, and Marley, grandsons, James and Donald, and his remaining siblings, Robin Robertson, Linda Marks, Joan Smith, and Barry Austin.

Family members and close friends will gather in a private ceremony at Mount Olive Cemetery in Philippi, WV. A summer celebration of life and accomplishments will be held on David’s birthday at the Arnold Palmer Regional Airport in Latrobe, PA.

To order memorial trees or send flowers to the family in memory of C. David Austin, please visit our flower store.
Send a Sympathy Card