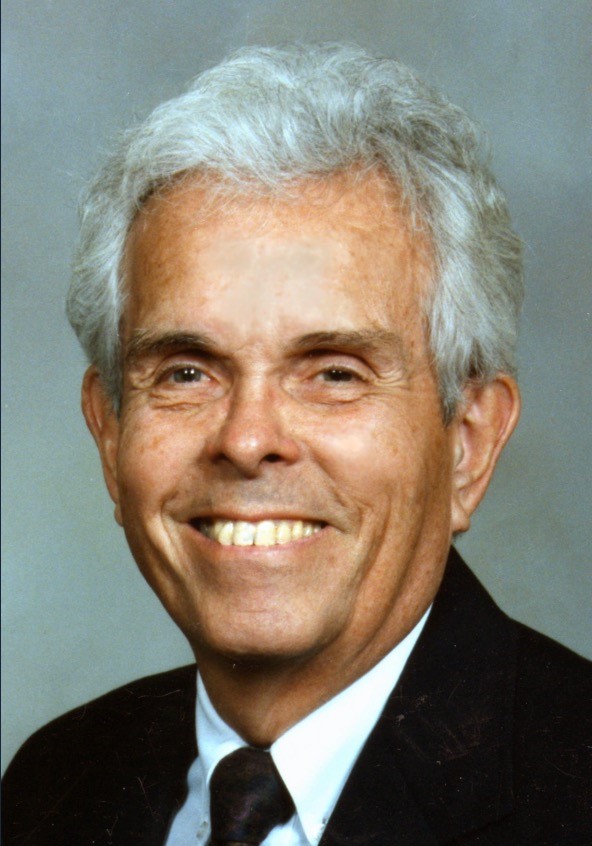 Dean Allen Couch, age 92, passed away peacefully at his home in Ligonier, Pennsylvania on December 11, surrounded by his family.

Dean was born in Parkersburg, WV in early 1929. When the Depression hit later that year, the family moved to Columbus, Ohio to live with his maternal grandparents along the Olentangy River. After the Depression, the family moved to Crafton, PA, a suburb of Pittsburgh, where he lived until going to college at Case Institute of Technology (now Case Western Reserve.) He met his wife of 71 years, Roberta, in Cleveland where she was studying to be a nurse at St. Luke's Hospital.

Dean was the ultimate Renaissance Man. Beyond being a devoted husband and the loving father of five children, he was an accomplished business executive, a compassionate community and Boy Scout leader, a versatile musician, a life-long tennis player, a world traveler and an exacting craftsman.

After college, Dean began his business career and family life in York, PA. He went on to be a manufacturing manager and executive for firms in Maryland, Kentucky, North Carolina, Ohio and Ontario. He was an early proponent of self-directed work teams and was renowned for learning the names and backgrounds of everyone in the businesses he led, including over 200 employees on all three shifts at one manufacturing unit.

Dean was a Boy Scout Troop Leader in York, PA for over twenty years. Even in his later years, men who had been scouts in Troop 17 contacted Dean to thank him for the guidance he provided them in their teens.

In addition to scouting, Dean contributed his leadership skills to non-profit organizations in every community in which he lived, including the YMCA and the Presbyterian Church. In the early 1960's Dean was instrumental in merging an African American Church with a predominantly white church which was not common and controversial at the time.

Dean and Roberta retired to Williamsburg, Virginia in 1990. He volunteered as a museum docent for Colonial Williamsburg and volunteered in the furniture conservation lab. Beyond being able to fix anything mechanical or electrical, Dean was an accomplished wood craftsman. He produced annual Christmas gifts for friends and family along with exquisite furniture for their home and their children's homes. His unique skills were recognized by the furniture conservation lab by being asked to work on repairing and copying priceless pieces, including a desk owned by Martha Custis Washington.

In their retirement, Dean and Roberta also traveled to England, Spain, France, Italy, Switzerland, Austria, Monaco, Greece, Turkey, Alaska, Hawaii, Canada and the Southwestern US. Their favorite trips were to Australia and two safaris in Africa.

Dean enjoyed playing the piano (anything from boogie woogie to classical) and playing tennis every week, which he did well into his eighties. Dean adored music of all kinds. He teared up when he heard the duo of Lady Gaga and Tony Bennett singing classics a few days before his passing.

Dean's kids remember their father as the coolest guy on the planet. He connected with people of all stripes. He was love incarnate. His presence changed the room. He was humbly smart and kind and clever and fair and gentle. He was a natural leader with heart. He was a patient, kind teacher. He was always creating, and polished his work to perfection. He had strong principles and goals. He had beautiful handwriting and was a romantic who got choked up by choirs, great lyrics, marching bands and fireworks. He was the original Cookie Monster and a purest when it came to his primary food group: vanilla ice cream. They can hear his smooth voice saying "why mess with perfection?" Love and optimism inspired his life and it was contagious to all he met. There is no greater purpose or legacy.

A private family celebration of Dean's life is planned. The family asks that donations be made in Dean's name to the Parkinson's Foundation of Western PA, https://pfwpa.org/.

To order memorial trees or send flowers to the family in memory of Dean Couch, please visit our flower store.
Send a Sympathy Card