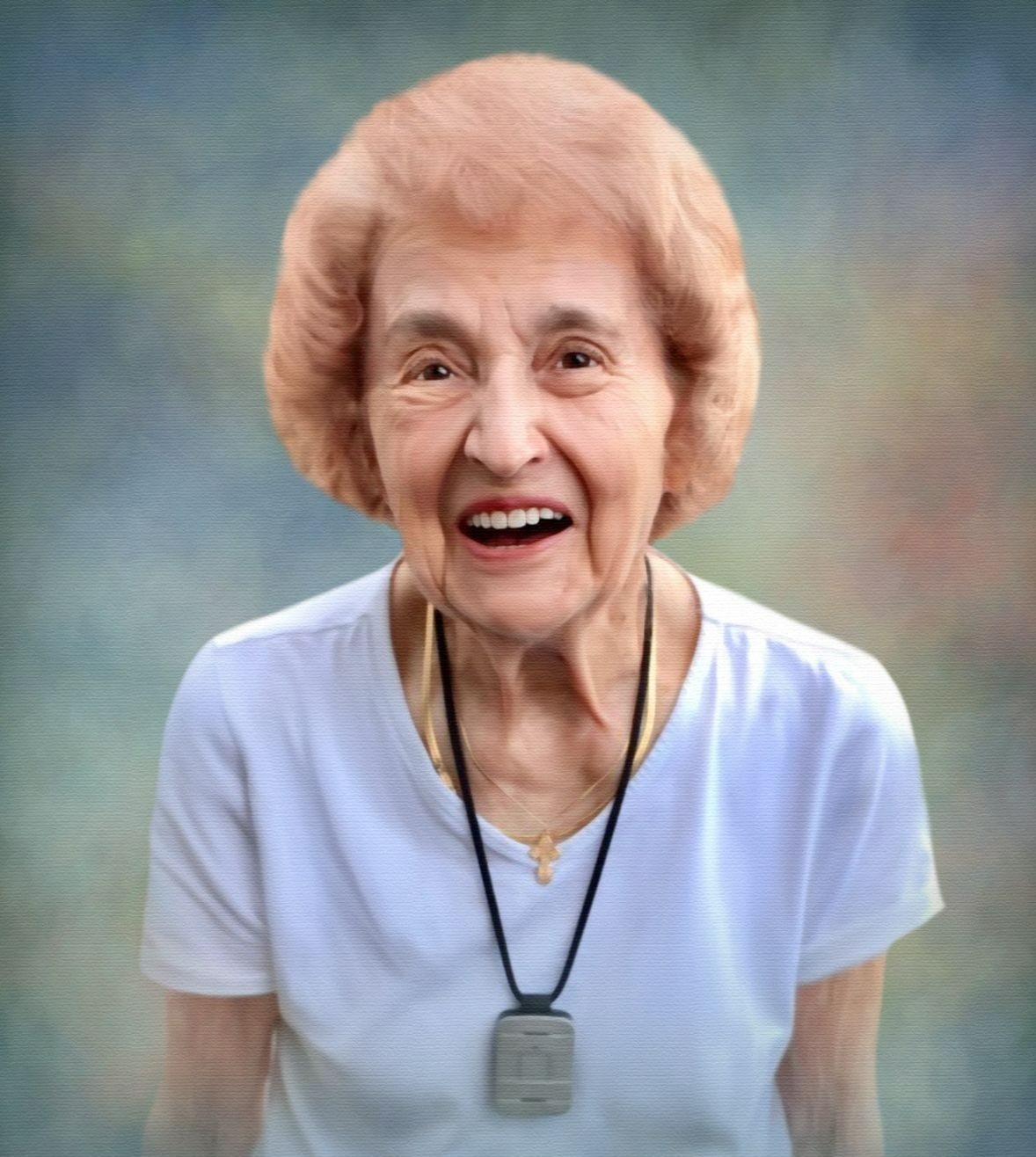 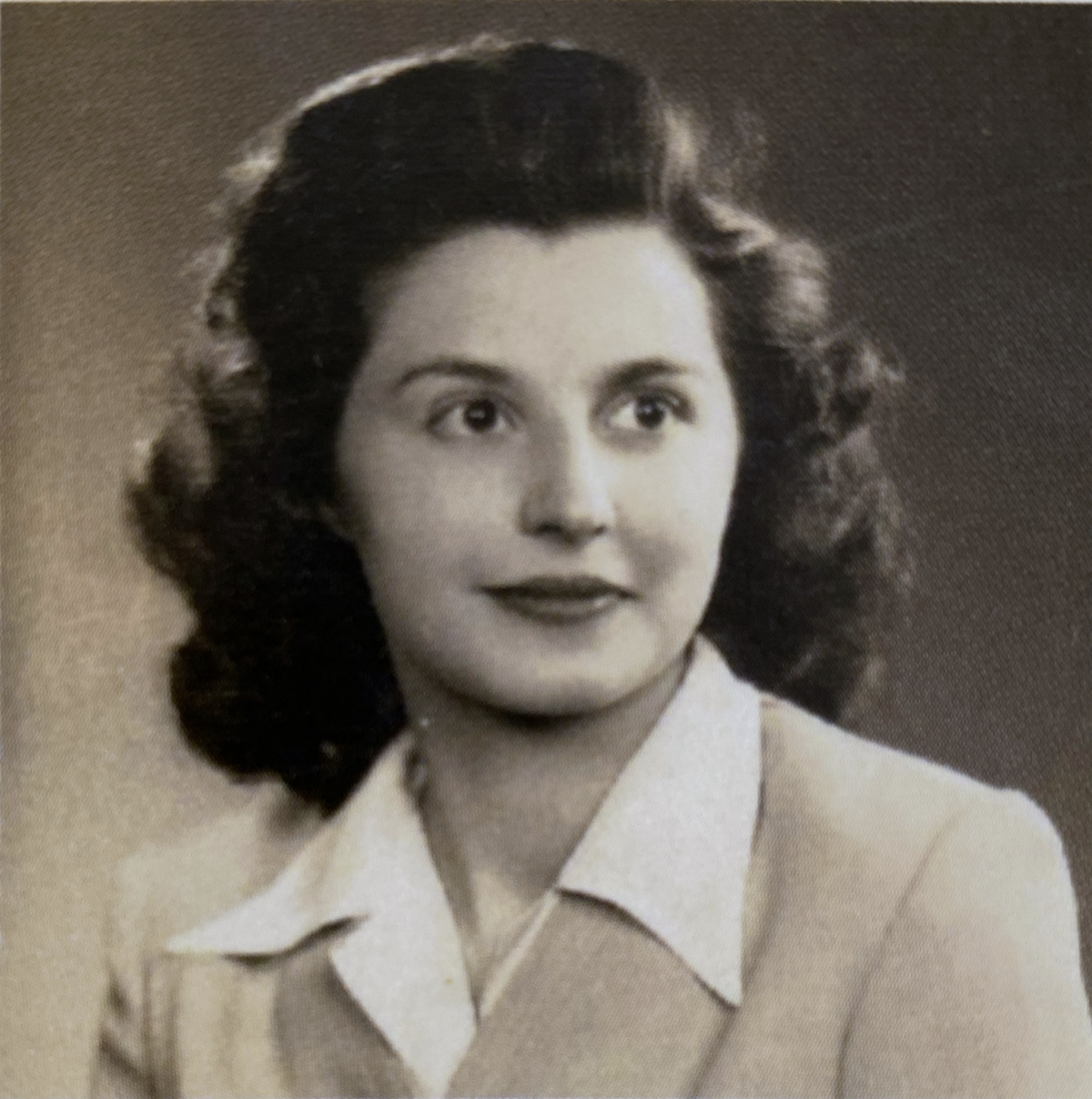 Helen Magdalen Kozar Porembka passed away peacefully surrounded by her loving family on Sunday, February 13, 2022 at Latrobe Excela after a very unexpected and rapid two day ordeal with sepsis and pneumonia.

Having been blessed with 94 ½ years, after being born at Fort Palmer on July 2, 1927 to Helen Pouchan and George Kozar who were born in the city of Uzhorod, which was then Austro- Hungary, after WWI Czechoslovakia, and after WWII, Ukraine.

Besides her parents, she was preceded in death by her beloved husband Frank who passed away July 29, 1993. Her brothers Michael, Steve, George and John, and their wives, Anna, Rose, Mary, and Helen and sister Mary Volchko.

In Helen’s time, education in the township went only as far as 8th grade, which was considered an accomplishment. High school only existed in the Ligonier Borough. There was no bus transportation so Helen walked several miles from Wilpen and back every day. Her math teacher liked Helen and often had her as a substitute. She was very active on selling war bonds during WWII. She graduated on May 28, 1945. She had been accepted at Westminster College in Wilmington, PA, however, her principal convinced her that there was an excellent opportunity at Kenna Metal for a new computer the size of a room. A replica can be seen at the Smithsonian. Her training included daily trips to Pittsburgh. Years later she attended classes at St. Vincent.

Helen often said she was never ashamed of her cultural and religious heritage even when discrimination existed against “foreigners”.

Helen was baptized at St. John’s in Wilpen and was married there also. Until recent years she was a lifelong member who was active in the A.C.R.Y., the Ladies Altar Society and a 30 year member of the church choir which her husband directed, and parish council for many years. Her parents were founders.

In recent years she has been an active member of St.  Michael’s Orthodox Church, Greensburg, the church choir, Antiochian women and the parish council. She also sang with the Johnstown Pan-Orthodox and SS and Peter and Paul’s choir of Winber, Pa. She was a former president of Ligonier Valley Association of churches and a cub scout mother at Heritage Methodist church.

She had worked at Laurel Valley Golf Club for the PGA, manager of the newly opened Champion Lakes golf course, Dill Construction Co and Executive Secretary of the Rolling Rock Club. She was retired at age 65 when her husband died on July 29, 1993. She then began to work at that time at Kaufmann’s, then Macy’s until she was 91 ½ years.

She was a cancer survivor at age 81 with the most aggressive and rare form of ovarian cancer.

Her favorites were decaffeinated coffee and chocolate which her grandchildren generously supplied.

She is already deeply missed by her kitties Donald and Daisy.

If you so desire to make a memorial donation in Helen’s name may be made to a charity of your choice or Ovarian Cancer Foundation,   Macular Degeneration Fund and Christ the Savior Seminary, St. Michael’s  Greensburg, St John’s Orthodox church Wilpen tower and Bellfry fund.

To order memorial trees or send flowers to the family in memory of Helen Porembka, please visit our flower store.
Send a Sympathy Card