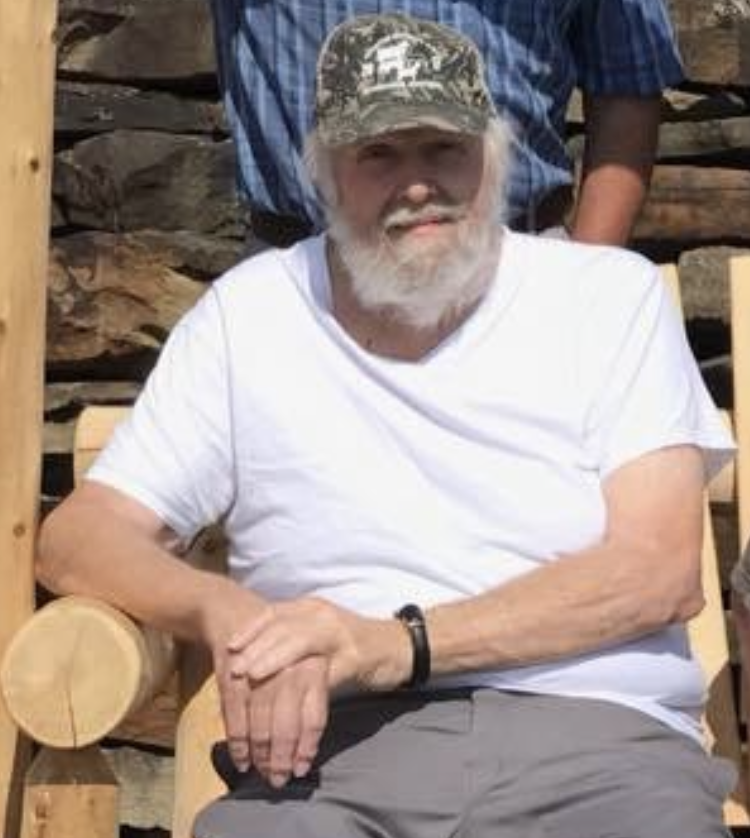 Jackie Lee (Jack) Rimel, 71 of Fort Hill formerly Jones Mills and White, Pa. died February 6, 2022 surrounded by his loving family at his son and family's residence. He was born February 11, 1950 in Jones Mills, PA. He was the son of the late Russell and Mildred Kalp Rimel. Jack was a graduate of Mt. Pleasant Area Senior High School and Vocational and Technical class of 1968. Prior to his retirement, Jack was a masonry contractor for many years and had a special eye for unique stone and brick work. He and his wife Reva were the owners and operators of The Mountain Shoppe for over 36 years. During his ownership of The Mountain Shoppe, he was well-known for his unique custom creations of indoor and outdoor rustic furniture. During the ownership of The Mountain Shoppe, many customers became lifelong friends. Jack had a dream to build a cabin in the mountains. He spent years building and decorating the rustic cabin with very unique designs. He finally got to move in fifteen months ago. He is survived by his loving and devoted wife of over 50 years, Reva Jane (Freed). Two beloved sons, Ricky and wife Lynette of White and Ryan of Connellsville. Two precious granddaughters, Hannah, who he was able to watch graduate from Physician Assistant school recently and get her first job in general surgery. Helena, who enjoys carpentry and participating in 4-H animals and shows. He always enjoyed cheering her on from the sidelines. Jack is also survived by his three brothers Larry and wife Marjie (Dillon) of Acme, Robin and wife Cheryl (Freed) of White and Terry and wife Cindy (Chalfant) of Jones Mills. Brothers-in-laws Harold (the late Louise) Freed of Acme, Gerald (Betty) Freed of Indian Head, Ron (Betty) Freed of White, and Randy (Patty) of Normalville and the late Arlene (Freed) and Jack Brown. He has many nieces and nephews. Per Jack's request there will be no viewing or service. The family would like to thank the family and friends for coming to visit him and the special hospice nurse and aide, Anne and Stefanie.

To order memorial trees or send flowers to the family in memory of Jackie (Jack) Lee Rimel, please visit our flower store.
Send a Sympathy Card