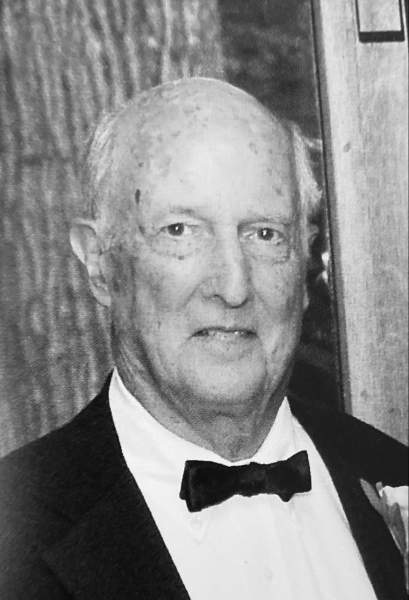 James Mellon Walton, of Ligonier, PA and Gulfstream, FL, died peacefully at home surrounded by his family on January 2, 2022. He was 91 years old.

Mr. Walton, a long time resident of Pittsburgh, was a senior corporate executive, philanthropic leader and volunteer in the city he loved. He served with humility and compassion, always welcoming and respectful. He had a sincere interest in all people and new ideas. And he did his work with a ready wit and good humor. He was one of Pittsburgh’s great men.

Born in Pittsburgh December 18, 1930, he attended Shadyside Academy and the St. Paul’s School. He received a B.A. in English Literature from Yale and then served in the U.S. Army reaching the rank of First Lieutenant, first in Fort Sill, Oklahoma and then in Frankfurt, Germany. Following his service in the Army, Jim attended Harvard Business School and received a Masters in Business Administration, before joining the Gulf Oil Corporation, the company founded by his maternal grandfather William Larimer Mellon.

As an oilman, Jim and his family traveled extensively, including posts in Philadelphia, Houston, Tokyo and Rome. He would eventually be elected to the Board of Directors of Gulf. In 1968, Jim was appointed the President of the Carnegie Museums and the Carnegie Library of Pittsburgh, a position he would hold for 16 years. During his tenure, the organization expanded significantly, including the addition of a new building for the Museum of Art, while laying a framework to enhance its financial security and community for generations to come. He could often be seen on the phone in the window of his Forbes Street office and was known for the personal relationships he had with all the employees of the Museums. He knew everyone by name and would ask about their families. He loved to take his children to lunch in the employee cafeteria to introduce them to the men and women who made his job so rewarding. Upon his retirement, Jim remained a Life Trustee and was elected President Emeritus.

In 1985, he co-founded the Maverick Fund, a Pennsylvania limited partnership that invested in management leveraged buyouts of moderate-sized businesses. Since the liquidation of the fund, he had been a private investor.

Jim Walton’s true legacy is the way he gave to his communities.

In Pittsburgh, he was a Trustee and Chairman of the Vira Heinz Endowment and then Vice Chairman and Vice Chairman Emeritus of the Heinz Endowments. He was a trustee of Carnegie Mellon University, the Allegheny Foundation, Penn’s Southwest Association, Carnegie Hero Fund Commission, World Affairs Council of Pittsburgh, UPMC, Make a Wish Foundation, Extra Mile Foundation, the Cultural District Development Committee and others. In recognition of his contributions to Pittsburgh, he was awarded Honorary Doctorate Degrees from Carnegie Mellon University and Allegheny College.

After moving to Florida later in life, he continued to give by getting involved with the Stephen’s Ministry at St. Paul’s Church, their after school program, Paul’s Place, and he was a regular volunteer at the Bethesda Hospital.

He spent almost every summer of his life in Beaumaris, Ontario, Canada with his family and friends. He was a board member of the Beaumaris Yacht Club and a past President of the Beaumaris Fishing Club. He was a co-founder of Pittsburgh Muskoka Foundation which provided a way for summer visitors to support year round residents.

Jim was a man of deep faith. Wherever he and his family moved, Jim and his wife Ellen, made sure to get involved with the local Episcopal Church. He raised money and gave solid guidance to parishes and ministers both in this country and abroad. In 1966, as the Senior Warden of St. Paul’s Church in Rome, he was asked to be present in the Sistine Chapel for the first ever meeting between the Pope and the Archbishop of Canterbury.

Family was the most important thing in Jim’s life. He treasured the time with his children, their spouses and his grandchildren. He was proud of each and every one of them and always told them that. He is survived by his loving wife of 68 years Ellen, his four children Joe (Molly), Rachel, Jimmy (Betsy), Mary (Allen), seven grandchildren and his dog Zeus. Also survived by his sister Mary Walton Curley and numerous cousins, nieces and nephews. He was predeceased by his parents John Fawcett Walton Jr. and Rachel Mellon Walton, his sister Farley Whetzel, his brother Jack Walton and his son-in-law Franny Wymard.

Jim was generous in all ways, perhaps most meaningfully with his interest and concern for others. He listened carefully and responded with deep understanding and good counsel. No one was excluded from his kind attention. He was funny and loved to laugh. He also shed tears easily. If you were a friend he hadn’t seen in a while, his eyes welled with tears. He was an amazing combination of intelligent heart and mind. He gave to his beloved Pittsburgh, his friends, and his family. Of all, he loved his wonderful, beautiful wife Ellen the most.

A service and burial will be private with a larger Celebration of Life planned for later in the year.

To order memorial trees or send flowers to the family in memory of James Walton, please visit our flower store.