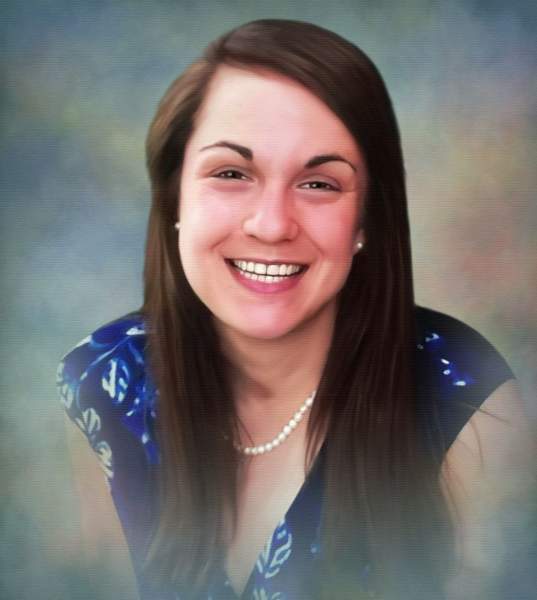 It is with profound sadness that we announce the passing of Katherine Clare Smith, 36, of Stahlstown, PA, on February 27, 2022. She courageously battled an illness and died in the hospital at UPMC Mercy in Pittsburgh, PA.

Katie was born on August 30, 1985, in Latrobe, PA and grew up in Stahlstown, PA, where she was living at the time of her passing with her mother and Patricia’s partner, Raymond Nelson.

In July 2007, Katie became a quadriplegic after suffering a spinal cord injury in a car accident. She spent six months recovering from her injury at the Institute of Research and Rehabilitation at UPMC Southside in Pittsburgh. She worked diligently with caring and skilled doctors, nurses, and therapists to rebuild her strength and develop skills that would guide her path forward.

What initially seemed to be tragic misfortune would instead become the beginning of 15 years of perseverance, inspiration, and accomplishment.

Soon after her college graduation, she began a career in education that included positions as a private tutor and as a substitute teacher working in various school districts in the area. She also began honing her craft as a public speaker and developed a program she presented to students geared toward cultivating inclusive environments and promoting self-advocacy for youth. Katie also served as a mentor to both peers and students.

Katie later shifted her professional focus to non-profit work. For over four years she worked for the PEAL Center in Pittsburgh, PA, where she designed and coordinated curriculum and events for transitioning youth with special needs throughout Pennsylvania. Two years ago, Katie took a position with Disabilities Options Network, in Greensburg, PA. There she worked with vulnerable members of her community on issues like access to affordable housing and healthcare benefits and had recently been promoted to a supervisory role at DON.

Katie was also an accomplished athlete. She was a member of the Pittsburgh Steelwheelers quadriplegic rugby team since 2008, competing in tournaments throughout the country. She twice competed in an international, all-female quadriplegic rugby tournament in Paris, France. She was an avid adaptive skier and hand-cyclist. She was instructed by Three Rivers Adaptive Sports and completed the Pittsburgh Marathon three times in hand-cycling. Katie was a member of the USA Boccia Paralympic national team, competing and training in destinations including Canada, the United Kingdom, and Brazil. Katie also participated in adaptive horseback riding, administered through Nickers N’ Neighs and the Stoneybrook Foundation, where she also became a board member.

Among Katie’s honors and achievements, she was a governing board member for the PA Youth Leadership Network, was named Ms. Wheelchair Pennsylvania in 2013 and was a board member of the local chapter of United Spinal Association. During her career as an advocate, she was invited to the United Nations to participate in a summit hosted by the Humanity and Inclusion organization, was a presenter for the Dan Miller Disability and Mental Health Summit and attended the Harkin International Disability Summit.

Katie had a tremendous passion for gardening at home. She was a prolific artist, plying her skill at pottery, collage, drawing, and painting. She had a true affection for all young people and amassed an impressive children’s book collection. Katie lived for music and dancing and attended hundreds of concerts all over the country. She was a regular and enthusiastic participant in The Moth Live Storytelling series in Pittsburgh. She loved the many cats with whom she lived through her life and will be missed dearly by her cat Scruffy.

Katie was a truly beloved friend to the many people she met through her life. She touched many and was able to sincerely connect and communicate with people of all ages, from different walks of life and situations. Katie was a storyteller and story collector, dedicated to telling her own to inspire others, and invested in those of strangers and friends alike. She was a courageous fighter for justice. She had an impeccable sense of humor. She would light up any room she entered. She will be dearly missed by all.

Friends and family will be received on Sunday, March 6, from 1-4 p.m. at the Snyder-Green Funeral Home; 402 E. Church St.; Ligonier, PA 15658; (724) 238-2611. Visitation will conclude with a memorial service to celebrate Katie’s life, with Pastor David Clement of Trinity Lutheran Church of Latrobe officiating. Interment will be private.

Memorial contributions may be made in Katie’s memory to Three Rivers Adaptive Sports(TRAS): P.O. Box 38235, Pittsburgh PA 15216 and www.traspa.org and the Pittsburgh Steelwheelers www.steelwheelers.com.

To order memorial trees or send flowers to the family in memory of Katherine Clare Smith, please visit our flower store.