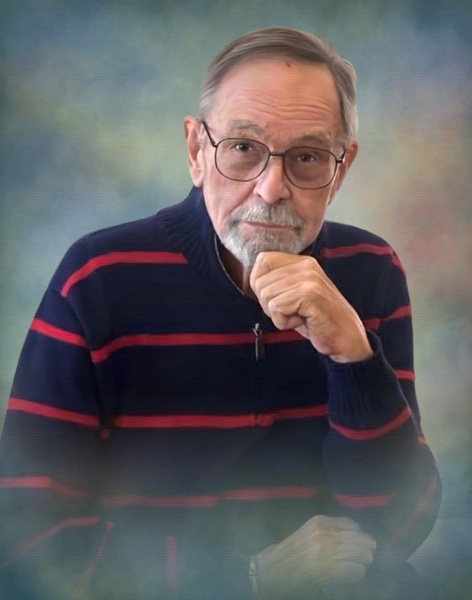 William Ward Ryan, age 83, peacefully passed away on April 26, 2022, surrounded by his family.

Born on January 28,1939, Ward grew up in Columbus, OH. He watched his mother, who taught art at the Ohio State University, paint and sculpt. His early surroundings and the many varied places he visited around the world provided the stimuli for an outpouring of creative product over the years. After studying architecture and design at Ohio State University and Columbus College of Art and Design, Ward was drafted and spent his military service as a Public Information Office photographer/writer with the 101st Airborne Division, including several months in Vietnam during the war.

Upon discharge from the Army, Ward moved to Los Angeles where he worked as a photographer with NASA on the Apollo 11 project, and in MGM on many films and TV productions. In 1968 Ward co-founded a commercial photo-studio in Hollywood where he designed numerous album covers for the recording industry (acquiring a Grammy Award for photography), and did advertising photography for many of the leading agencies and publishing companies.

In 1972, forsaking his career in photography for his first love, art, Ward moved to Hawaii. He became deeply involved in the beginnings of the printed T-shirt industry. In 1977, after creating hundreds of graphics and the interior design of stores for the Hawaiian pioneer T-shirt company "Crazy Shirts", Ward was offered the position of Art Director for the giant national clothing company Champion Sportswear and moved to Grants Pass, Oregon.

Ward with his staff of 10 artists, designed and oversaw the design of sportswear for the international sportswear market. And, it was during this period, that he fell in love with whitewater rafting and became a whitewater guide on the spectacularly beautiful but treacherous Rogue River. Inspired by his whitewater adventures, he designed and patented an award-winning "Pack-Axe" Survival tool.

When Champion decided to move its production center to the East Coast, Ward decided to stay in Oregon and work as an independent artist/designer. He produced artwork for a long list of notable patrons while being the absentee graphics designer for both UCLA and Paisano Publications (Easy Rider/Harley Davidson).

It was during this period, that Ward became deeply interested in the ancient art of Scrimshaw (engravings on bone or ivory). He perfected this craft to the point that he was recognized as one of the leading Masters in the Art of Colored Scrimshaw. His art has been published, loved, and collected by many.

Ward and his family moved to Ligonier in 1995, after falling in love with the historical town while on one the trips to the East Coast. He was a longtime member of the Ligonier Post 734.

Wherever he was, Ward made an impact and would always make many friends; one of our friends has said recently that he was "larger than life", and that certainly applies to him. We miss him dearly. May his memory be eternal.

The Funeral Service will be held on Friday, May 6, 2022, at 11 am at St. Ignatius of Antioch Chapel at the Antiochian Village Camp, 201 Saint Ignatius Trail, Bolivar, PA 15923; V. Rev. Fr. Donald Shadid officiating.

The private burial service will take place at The National Cemetery.

To order memorial trees or send flowers to the family in memory of William Ward Ryan, please visit our flower store.